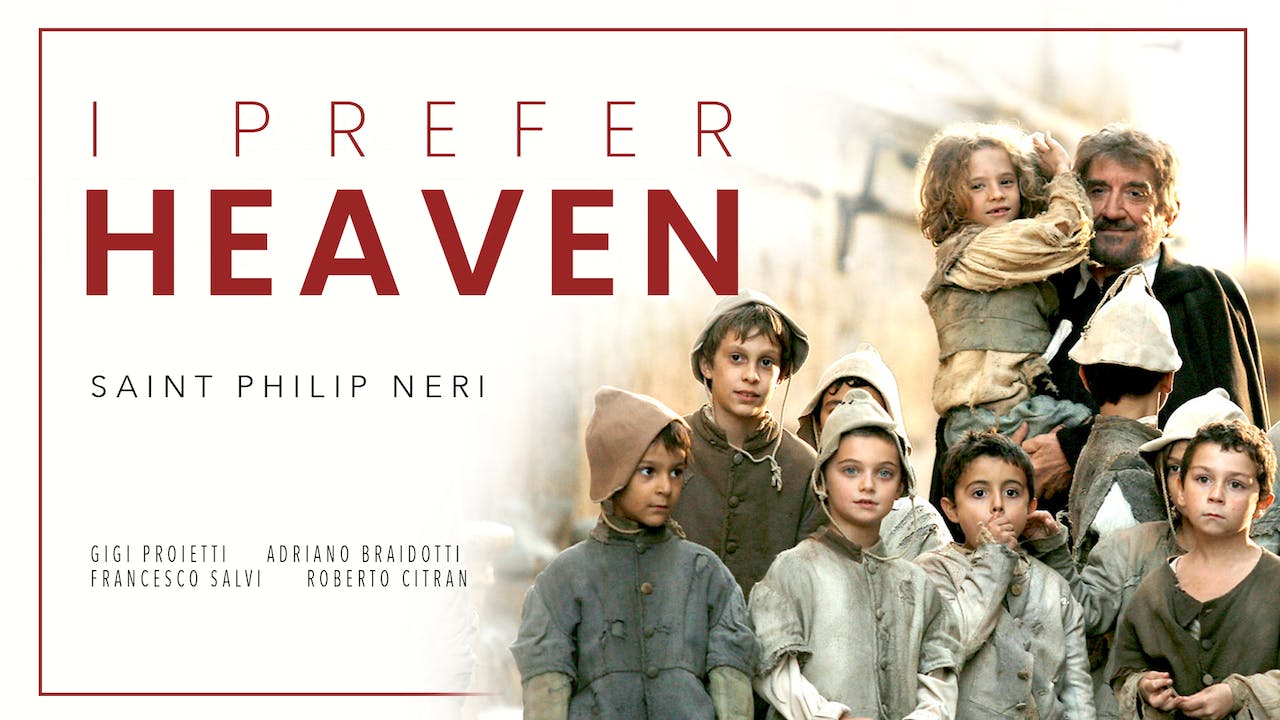 PARENTAL GUIDANCE SUGGESTED
This movie is not rated, but has mature themes and was created with an adult audience in mind. It contains scenes, including violence, indicative of the life and times of the saint portrayed. We would recommend Parental Guidance and that parents preview it before watching with children.

An epic feature film on the famous "Apostle of Rome" and great friend of youth in the 16th century. One of the most popular saints of all time, St. Philip Neri was widely known for his great charity, deep prayer life, and tremendous humor. Hoping to join St. Ignatius of Loyola's new order of Jesuits and be a missionary to India, Providence instead guided Philip to seek out the poor and abandoned youth of Rome to catechize them in the faith and help them find a better life. He became the founder of the religious congregation, the Oratory, that worked with the youth and also labored to re-evangelize a decadent Rome.

This captivating film highlights Neri's great love for youth, his warm sense of humor, contagious joy, deep mystical spirituality, and his amazing gift for miracles. Actor Gigi Proietti gives a moving performance as St. Philip in this beautifully produced film that is directed by Giacomo Campiotti, director of the acclaimed films Bakhita: From Slave to Saint and St. Giuseppe Moscatti.

*This film is in Italian with English or Spanish subtitles