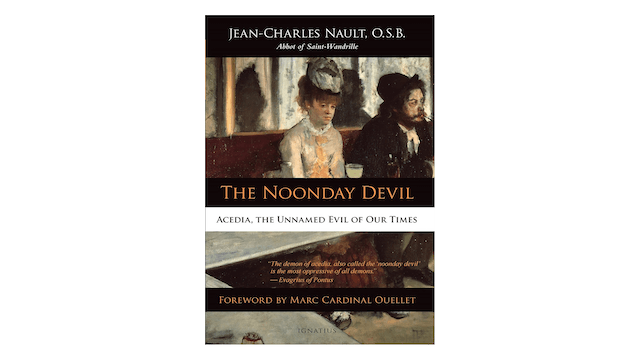 The noonday devil is the demon of acedia, the vice also known as sloth. The word “sloth”, however, can be misleading, for acedia is not laziness; in fact it can manifest as busyness or activism. Rather, acedia is a gloomy combination of weariness, sadness, and a lack of purposefulness. It robs a person of his capacity for joy and leaves him feeling empty or void of meaning.

Abbot Nault says that acedia is the most oppressive of demons. Although its name harkens back to antiquity and the Middle Ages and seems to have been largely forgotten, acedia is experienced by countless modern people who describe their condition as depression, melancholy, burn-out, or even mid-life crisis.

He begins his study of acedia by tracing the wisdom of the Church on the subject from the Desert Fathers to Saint Thomas Aquinas. He shows how acedia afflicts persons in all states of life— priests, religious, and married or single laymen. He details not only the symptoms and effects of acedia, but also remedies for it. 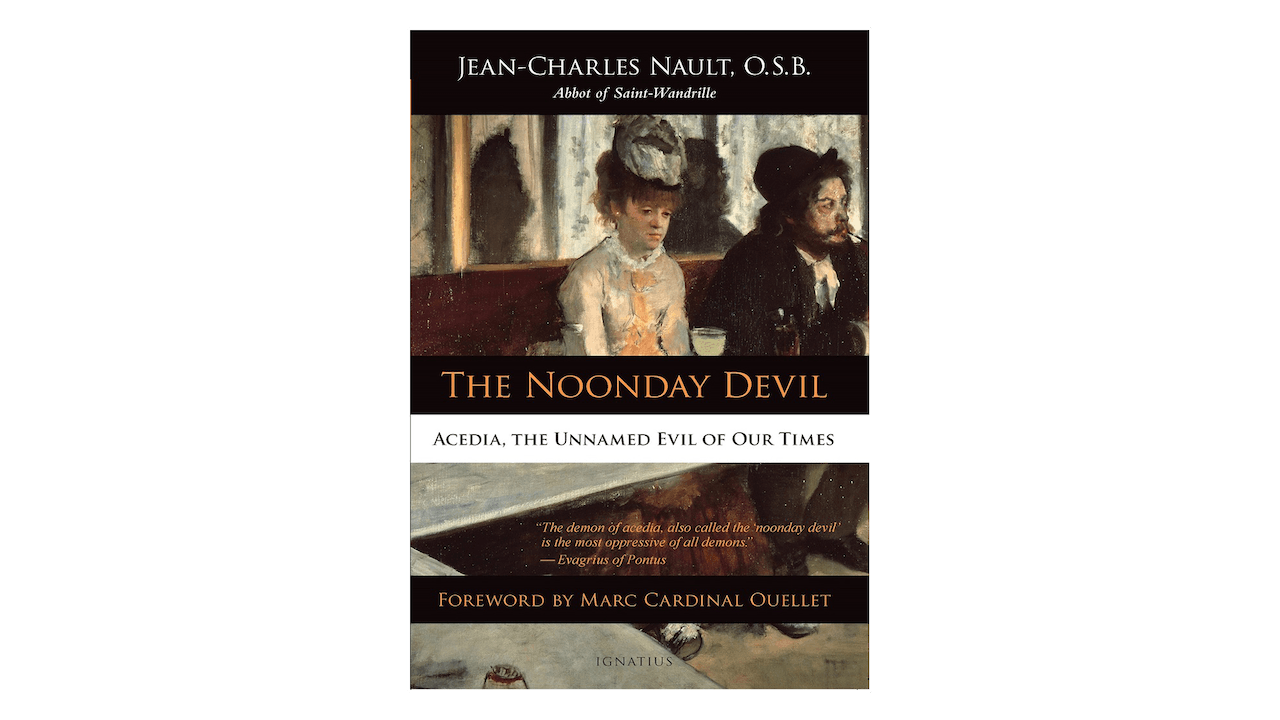