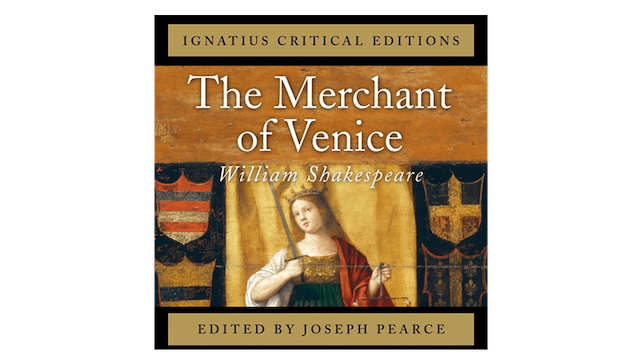 The Merchant of Venice by William Shakespeare ed. by Joseph Pearce

The Merchant of Venice is probably the most controversial of all Shakespeare’s plays. It is also one of the least understood. Is it a comedy or a tragedy? What is the meaning behind the test of the caskets? Who is the real villain of the trial scene? Is Shylock simply vicious and venomous, or is he more sinned against than sinning? Can the play be described as anti-Semitic? What exactly is the quality of mercy? Is Portia one of the great Christian heroines of western literature? And what of the comedy of the rings with which Shakespeare ends the play? These questions and many others are answered in this critical edition of one of the Bard’s liveliest plays.
The Ignatius Critical Editions represent a tradition-oriented alternative to popular textbook series such as the Norton Critical Editions or Oxford World Classics and are designed to concentrate on traditional readings of the Classics of world literature. Whereas many modern critical editions have succumbed to the fads of modernism and post-modernism, this series will concentrate on tradition-oriented criticism of these great works. Edited by acclaimed literary biographer, Joseph Pearce, the Ignatius Critical Editions will ensure that traditional moral readings of the works are given prominence, instead of the feminist, or deconstructionist readings that often proliferate in other series of 'critical editions'. As such, they represent a genuine extension of consumer-choice, enabling educators, students and lovers of good literature to buy editions of classic literary works without having to 'buy into' the ideologies of secular fundamentalism. The series is particularly aimed at tradition-minded literature professors offering them an alternative for their students. The initial list will have about 15 - 20 titles. The goal is to release three books a season, or six in a year.