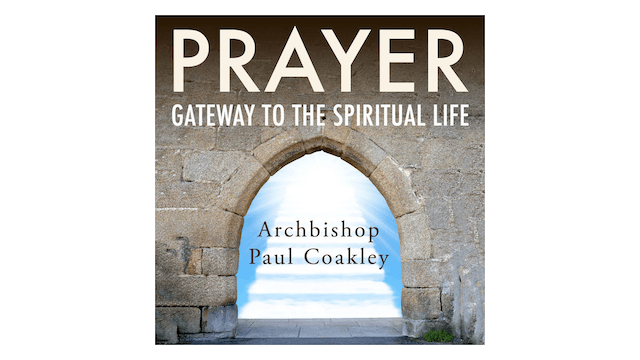 Prayer: Gateway to the Spiritual Life by Abp. Paul Coakley

Archbishop Paul Coakley attended the University of Kansas where he completed his undergraduate studies in English and Classical Antiquities. After being ordained to the priesthood in 1983, he served as a priest of the Wichita Diocese for 21 years. He was installed as bishop of Salina, Kansas by Pope John Paul II in 2004 and was appointed by Pope Benedict XVI as the fourth archbishop of Oklahoma City, where he has served since 2011. His episcopal motto is Duc in Altum, which translated from Latin means, "Put out into the deep."
In this presentation, given at the Rediscover Catholic Celebration in Minneapolis, Archbishop Coakley reflects on his own journey, and discusses the importance of prayer to the spiritual life.