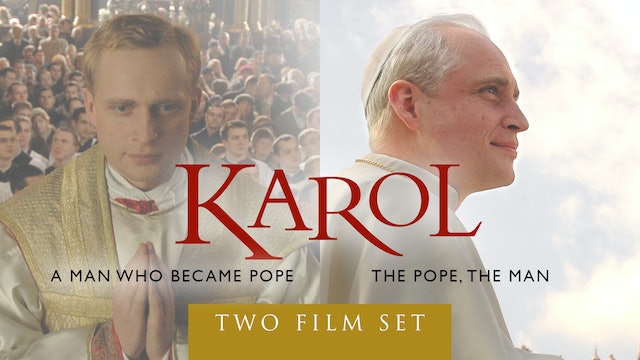 Available for the first time as a video set, these two highly acclaimed films on the heroic true story of St. John Paul II star Piotr Adamczyk as the beloved Karol Wojtyla who became the Pope. Filmed on location in Poland and Italy, these two movies also feature gorgeous music by the legendary film composer Ennio Morricone. Purchase today to start watching!

Karol: A Man Who Became Pope follows the amazing life of Karol Wojtyla from his teenage years on the threshold of life as an actor, writer and poet when he sees his world shattered with the Nazi invasion of Poland in 1939. This saga follows his decision to become a priest and his struggles under the Nazi regime, up until the papal conclave of 1978.

Karol: The Pope, the Man focuses on his new life as the Pope, and the tremendous impact Pope John Paul II had on the church and the world until his death in 2005. It tells the dramatic story of the most influential papacy in modern times. 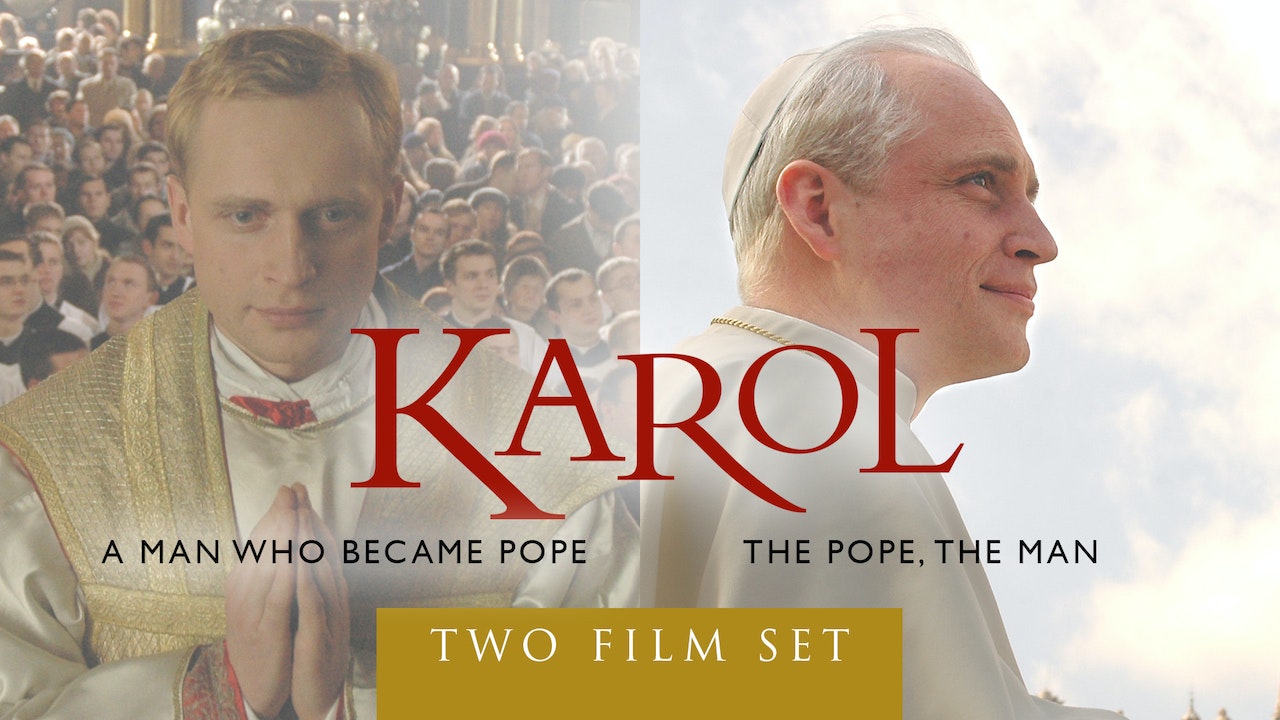