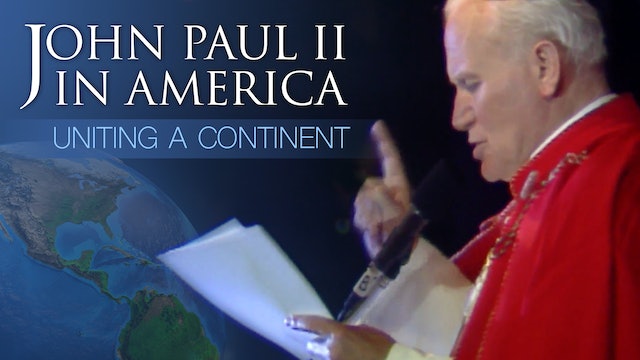 The papacy of St. John Paul II left an indelible mark on the American continent. Driven by his singular conviction of a "United American Continent" under the patronage of Our Lady of Guadalupe, his papal travels from Argentina to Alaska generated massive crowds, shaped an entire generation, and ultimately changed the course of history. Long celebrated for his role in the fall of communism in Eastern Europe, John Paul's crusade for human rights and religious freedom also transformed the West. John Paul II in America explores the Pope's pivotal role in the fall of dictatorships in Chile, Haiti, Paraguay, and Brazil. From celebrations of World Youth Days with millions to pastoral visits to the favelas of Brazil; from his historic 1998 visit to Cuba to his tireless defense of works rights and indigenous peoples—John Paul II in America, narrated by Andy Garcia, captures the raw emotions and spontaneous thrills of this remarkable pontificate. Featuring rare archival footage and insightful analysis from leading figures, including John Paul biographer George Weigel, Supreme Knight Carl Anderson, Cardinal Seán Patrick O'Malley, O.F.M. Cap., and former Papal Spokesperson Joaquín Navarro-Valls, viewers will be both intrigued and moved by this film's unprecedented new framework for understanding one of the giants of our times.

This movie is not rated, but was created with an adult audience in mind. It contains scenes of war and historic violence. We would recommend Parental Guidance and that parents preview it before watching with children. 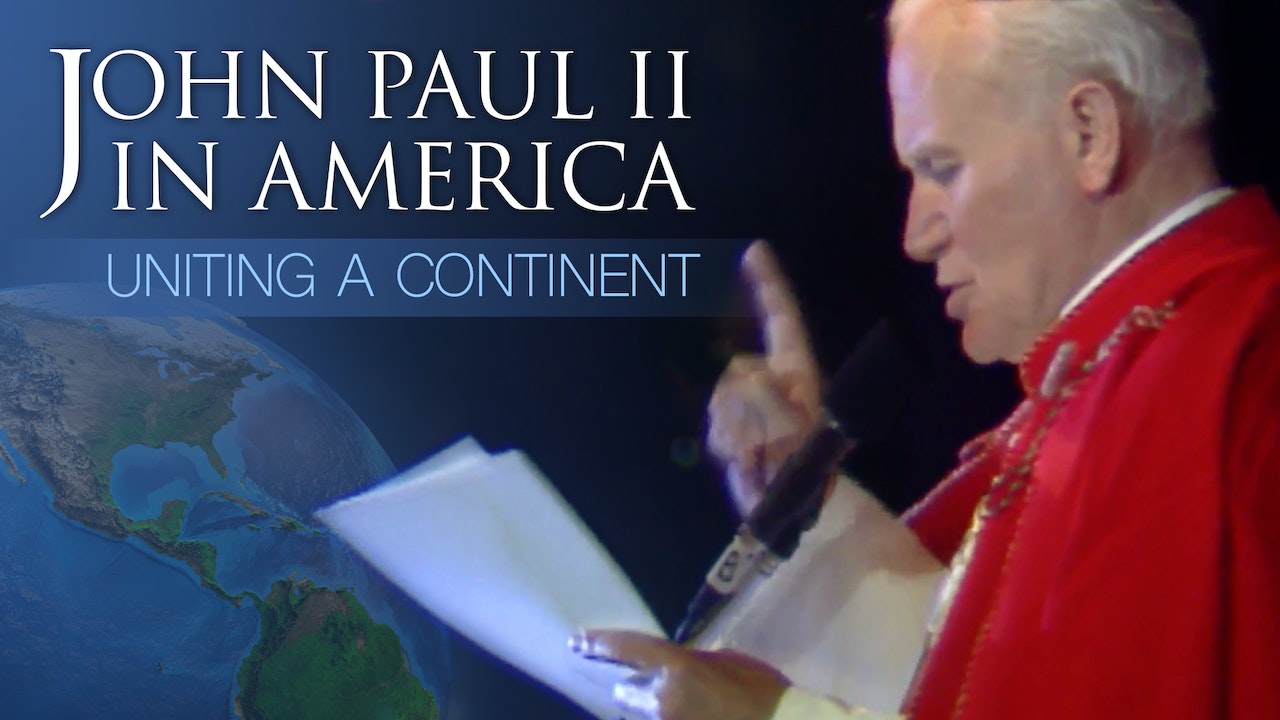