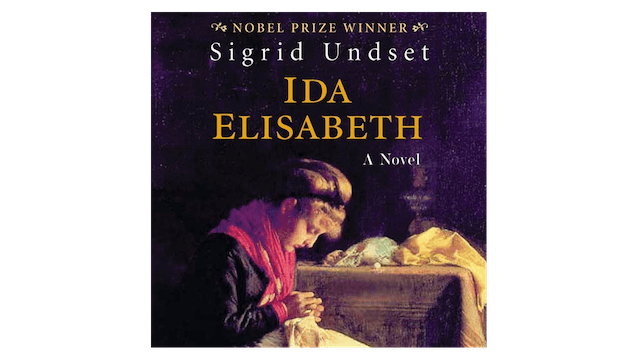 In this compelling drama about fidelity, sorrow and forgiveness, Nobel Prize-winning author Sigrid Undset tells the story of Ida Elisabeth, who marries her teenage sweetheart, Frithjof, in an effort to redeem her reputation. Early in their marriage, she realizes that her charming husband is incapable of supporting the family and she sews dresses to make ends meet. When Frithjof becomes involved with another woman, Ida Elisabeth leaves him and moves with her children to a small town.
Still young, the admirably hardworking Ida attracts the attention of a successful lawyer, who possesses the manly virtues that her husband lacked. As she contemplates marrying again, Frithjof, now gravely sick, re-enters her life.
Unlike Undset's famous historical novels, which are set in medieval Norway, the story of Ida Elisabeth opens in 1930. As in Undset's other fiction, however, Ida Elisabeth poignantly illustrates how poor choices affect the course of a person's life and how the suffering endured because of grievous mistakes can become the means by which a love is purified.
With its setting in modern times, Ida Elisabeth examines the difficulties inherent in male-female relationships as they are experienced in contemporary society. Undset's descriptions of the Norwegian people and countryside coupled with her profound understanding of the human heart won her worldwide literary acclaim. Both are powerfully displayed in this moving story about fidelity and mercy.