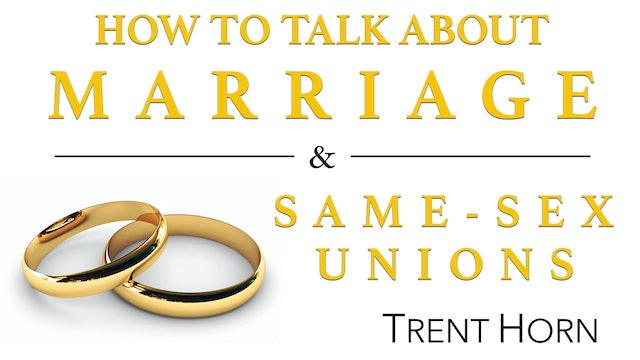 Most people want to defend marriage, but they don't know where to begin—let Trent Horn show you how.

Seemingly in the blink of an eye, same-sex marriage (SSM) has gone from being a radical new idea to an inevitable fact of life in the West. Yet even as its proponents increasingly pressure Christians to submit to the new definition (or else), we believe the fight isn't over yet.

In How to Talk About Marriage and Same-Sex Unions, Trent Horn throws a rescue line to anyone who wants to make a case for marriage but can't seem to find the right way to do it.

You probably know the approaches that don't work—for example, "Because the Bible says so," or "Let's just get the government out of marriage completely." In this video presentation, Trent shows the weaknesses of these and other arguments that rely on appeals to religion or tradition, or that fail to get to the core issue of what marriage is.

In place of these ineffective approaches, Trent offers concrete strategies for simplifying the debate over marriage, showing you how to avoid the common traps set by SSM enthusiasts and offering a powerful and intelligent case for one-man, one-woman marriage that any reasonable person, regardless of religion, must reckon with.

Along the way he gives specific tips for dealing with common objections and counter arguments.

Have you ever had someone tell you that "love is love, and that's all that matters," or that opposing SSM is like opposing interracial marriage? Trent shows you how to deal with these and other specious charges smartly and charitably.

Watch How to Talk About Marriage and Same-Sex Unions and never again be stuck without answers to one of the most important questions of our age! 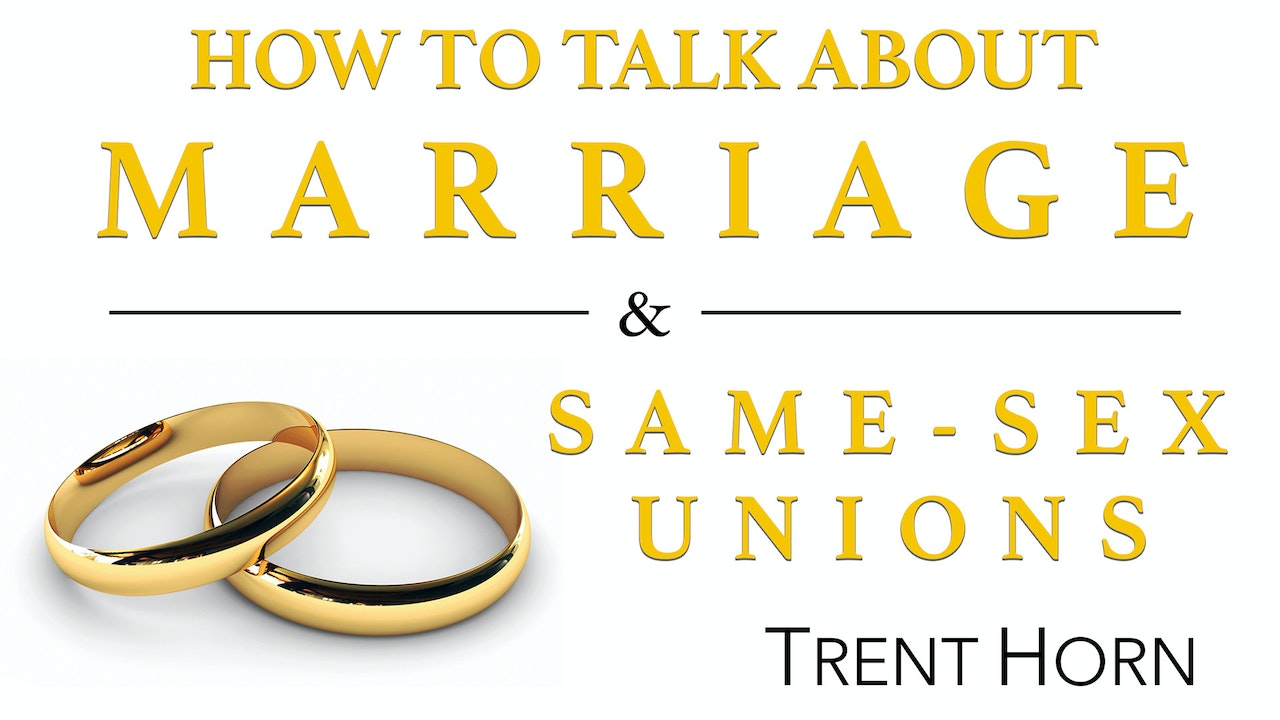