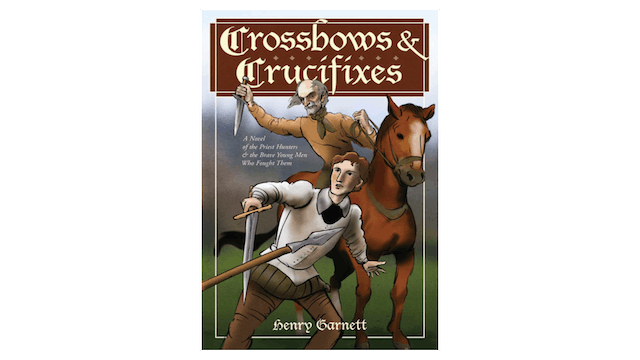 Crossbows and Crucifixes by Henry Garnett

England, 1585: Queen Elizabeth’s spies lurk everywhere, searching out Catholics who refuse to attend the non-Catholic services of the State religion. Officers of the law hunt down and kill Catholic priests, and imprison those who shelter them.

In these perilous times, fifteen-year-old Nicholas Thorpe discovers that his widowed mother has become Catholic, and he soon joins the Church she has come to love.

Thus begin Nicholas’s adventures in the Companions, a pious underground army of resistance that shelters priests and leads them in strict secrecy and great danger from one estate to another, so the Catholic faithful can continue to receive the Sacraments the law now forbids.

In this adventure for all ages, author Henry Garnett brings to life the drama of a nation where unjust laws forced good men and women to choose between their country and their Faith, and young people heard early and well the call to heroism that Christians must be ever ready to heed. 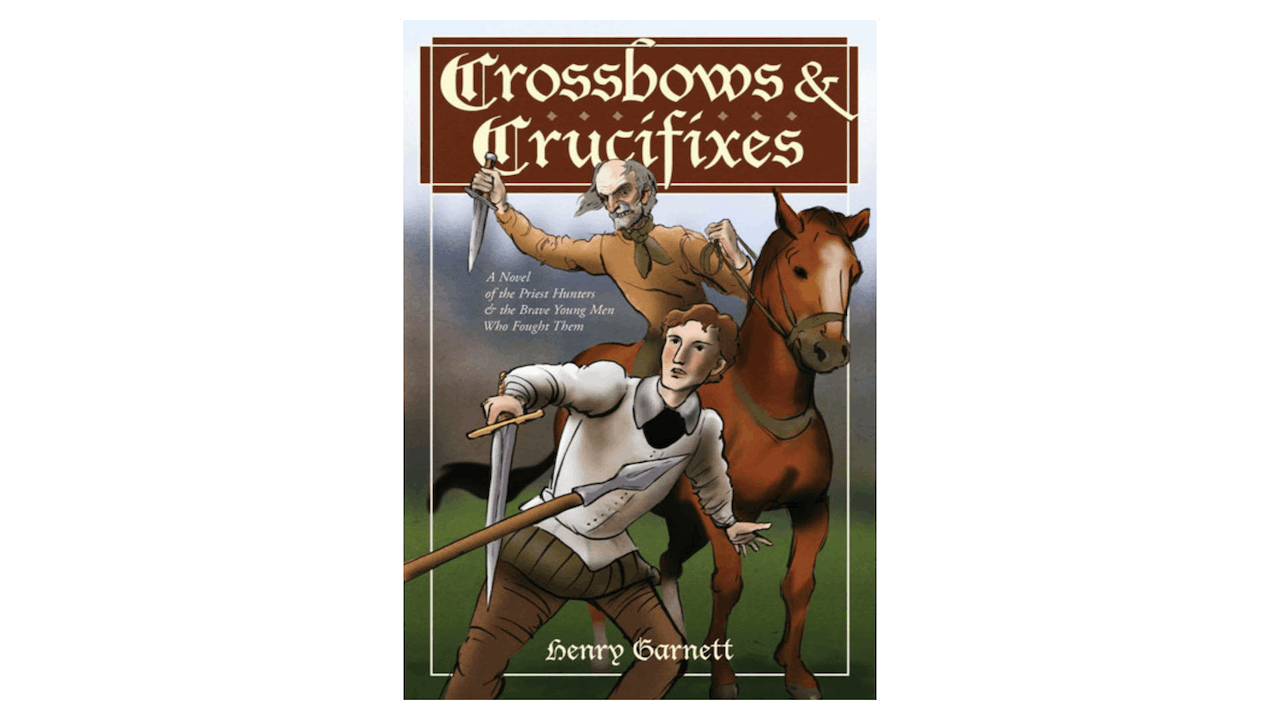