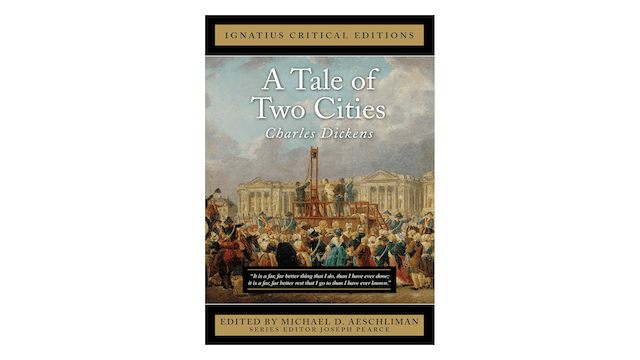 A Tale of Two Cities by Charles Dickens, ed. by Michael D. Aeschliman

In this exciting novel set during the French Revolution, Charles Dickens expresses sympathy for the downtrodden poor and their outrage at the self-indulgent aristocracy. But Dickens is no friend of the vengeful mob that storms the Bastille and cheers the guillotine. As with all of his stories, his passion is for the unforgettable and unrepeatable individuals he creates. The sorrows of the suffering masses, their demands for justice, and the indiscriminate fury they unleash take flesh in Madame Defarge, while the self-sacrifice that is the truest means of atonement and rebirth is manifested in the unlikely hero Sydney Carton. In A Tale of Two Cities, humanity does not show its best side in the mean streets of Paris or even London, but in the intimate circle of loyal friends that gathers around the honorable Doctor Manette and his lovely daughter, Lucie. 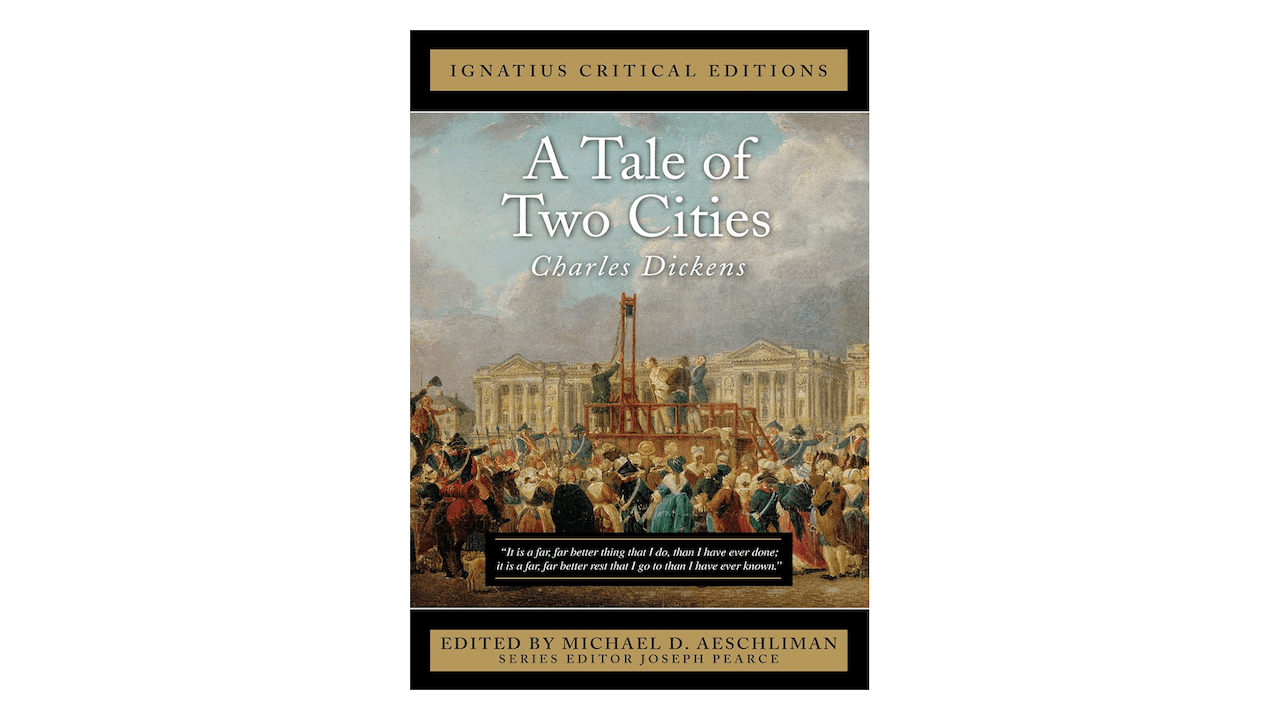